What role has the media played in covering KONY 2012?

Whilst following the campaign of KONY 2012,  my level of understanding towards the role of media in presenting an issue like this, has been greatly enhanced due to the number of media theories and concepts I came across.

The role of social media in particular, has been vital in escalating the campaign into a media issue.

Social networking sites such as YouTube, Facebook and Twitter all contribute to a distributed network that imposes no barriers to entry and no limits of supply (Ted Mitew 2012). In other words, the KONY 2012 campaign went viral due to the lack of ‘gatekeepers’ that would normally be found within traditional media forms. In this case, limited gatekeepers meant no quality control, providing any message like KONY,  a political one, with the potential to reach a global audience despite accusations of misleading facts and out dated information. Jason Russell had no control over the outstanding response of the campaign, reflective of the limited ability to regulate social media. This is why I found it significant to follow.

Within his video, Russell used powerful images of Kony to depict an unforgivable war lord whilst in contrast, drew on the innocence of his son as a symbol for all the children held captivated under Kony. However, at the same time it can be seen as an over emotional response that tests the nature of new media. This to my understanding is an example of semiotics; whilst a sender may encode a message in a particular way, the receiver may decode the message with a different interpretation, which I believe gave rise to varying perspectives surrounding the issue. This demonstrates the complex relationship between media and the media user; people interpret media messages differently based on their ideological position. This relates to the concept of ‘who is listening?’ and draws on ideologies concerning what it means to be a social activist or whether international issues should be of your concern which all contribute to how the issue is represented.

What I felt I learnt most concerned the significant role consumers play when actively using the media before them. Media has no doubt played a role in introducing the issue but was also a medium in which the lines between the producer and consumer were blurred. Social media was an effective platform in allowing the issue to be shared by its consumers, opinions to be heard and in allowing people across the globe to be connected whilst they engage in national and international conversation. This can be regarded as the very definition of the public sphere, a concept that I have come to understand during the course of this assignment, a metaphor for a space used to deliberate and debate about world topics and common concerns. (Sue Turnball, 2012)

This to me reflected the rise of a convergent culture characterised by new forms of expression and empowerment, user-generated distribution and filtration and user-generated commentary (Marcus O’Donnell, 2012). It was due to the expression of interest by the video’s viewers that the campaign was trending in the ‘twittersphere’, a most watched video on YouTube and dominated the news feed in Facebook, all contributing to the empowerment of the campaign.

However, what came to mind in regards to social filtration was how we filter valid issues from fads. This is where the role of mainstream media came in, as traditional media forms such as The Daily Telegraph took the initiative to cover the issue due to the level of attention the campaign was receiving. With an objective approach, perspectives were challenged as academics and marketing experts presented an insight into the reality of the campaign.

What became most evident whist following the issue, was the global perspective the campaign achieved and the significant role media has played in encouraging political action. Both social media and traditional media became a vehicle for voices to be heard, most significantly, the prime minister and people of Uganda, where their response to the campaign can be found on sites such as YouTube, accessible by all. People worldwide joined forces to ‘make Kony famous’, to unite for action to take place, making them global citizens on an issue beyond their own shores.

As a result of following the issue it became clear that the relationship between media and its audience has transformed into a participatory network, reflective of the structural transformation the public sphere. I am more aware that new media forms such as YouTube, Twitter and Facebook are powerful vehicles for communication, they have the potential to not only effectively communicate an issue but to misrepresent, distort and to misinform to varying degrees.

From this, when following an issue, I now know how valuable it is to read upon various sources of information and representation in order to gain an informed insight into the issue. The more I read about the varying perceptions on KONY 2012, the more my original perception was challenged. Before, I was in full support and sympathy for the campaign, however now I feel more interested in the nature of the campaign’s success in light of a marketing perspective. 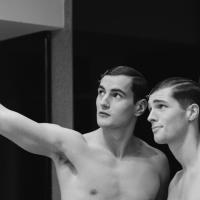 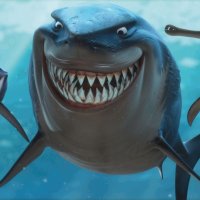